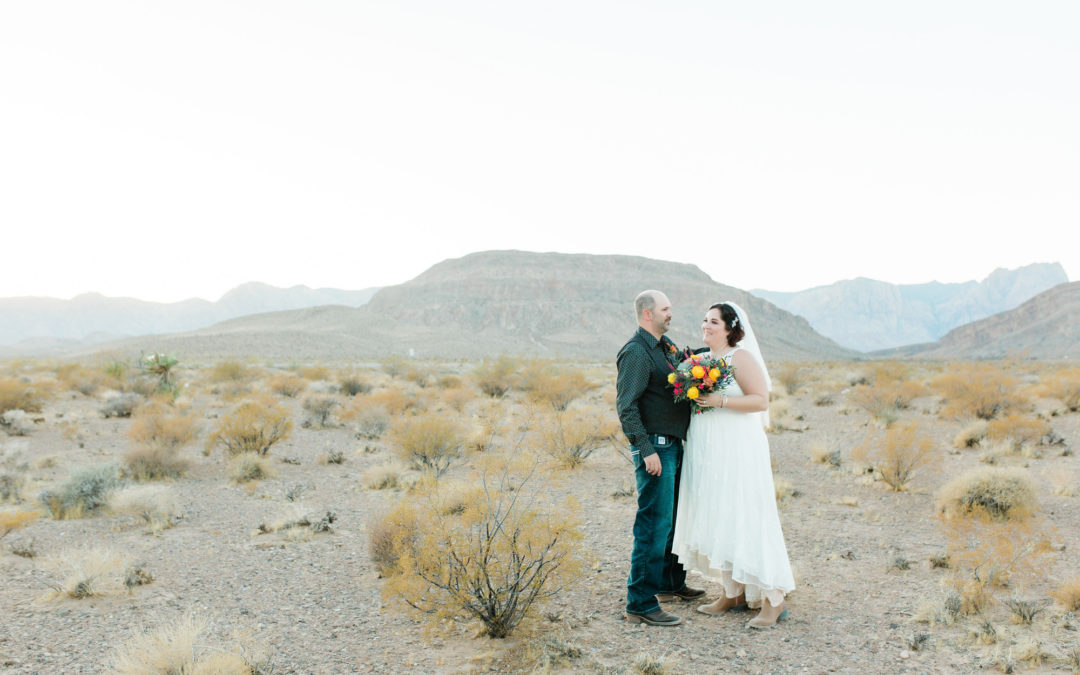 A Real Wedding in Cactus Joe’s

Heather and Charles have a unique love story and decided to go for an intimate wedding with just the two of them!

The newly married couple met online. She saw Charles, thought he was cute and decided to strike up a conversation. 2 fun dates later, Heather broke her leg, but the relationship continued on texts. Once she was back to normal, they went on a 3rd date and have been inseparable ever since! Heather’s kids approved of him and soon after that, they moved in together.

Ever since things got serious, they both had been talking about getting married but neither of them wanted a huge party. They had a trip planned to Las Vegas before the engagement was announced and decided to make it a trip to remember by getting married.

The theme of the wedding was Boho Western, and Cactus Joe’s was the perfect pick to tie in everything. Heather chose an off-white bridal dress and paired it with an elbow length veil and cowboy boots. Hair and makeup was done by the amazing bride herself.

Since it was just the two of them on their wedding day, they spend every moment together; from getting ready to the reception dinner.

At the end of the day, both Heather and Charles were super happy with the decision of getting married on their own and just being in each other’s presence as they said their vows.

We wish the happy couple lots of love for the future!