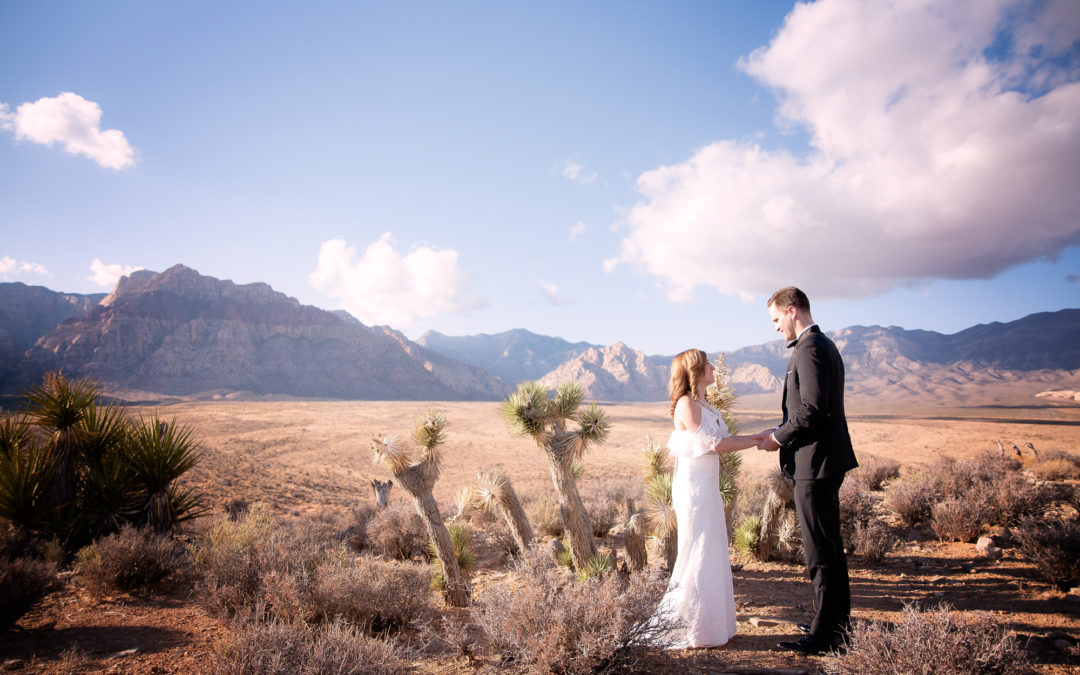 The Truth and Dare of their Lifetime

Truth and dare have always been popular at parties as a getting-to-know-you game, and for our couple, Amy and John, it became the start of their forever.

Amy and John went to the same elementary and high school and played in the band together. It was only a matter of time before romance bloomed. A kiss between them prompted by a dare poked their interest in one another. A couple of years later, the pair went to their homecoming together, followed by a lot of messaging and dating. Presently, they have been together for over 12 years, sharing their favorite bottle of wine while watching something on Netflix or while sitting around a campfire.

They were on a walk on Venice Beach in Los Angeles in 2019 when John got down on one knee. The dare that started it all would soon become a lifetime promise.

The scenic views in their hometown inspired them to look for an equally lovely setting for their special day. Cactus Collective Weddings had this accomplished in Vegas’ Red Rock Canyon, plus the blue and silver accents that the couple requested.

The weather, however, did not cooperate, so John carried Amy into the party bus and decided to exchange vows there. Instead of ruining the moment, this made the day even more memorable and became a wedding episode that is worth telling. Amy and John appreciated that family and friends were able to clearly hear the speeches, and that they were able to have close shots.

Despite that, the bride still looked phenomenal in her lacey white, open-shoulder dress, and the groom dashing in his well-fitted suit.

Truth or Dare may have ignited the already-obvious spark between Amy and John, but keeping the romance between them alive is something they have successfully achieved together. Now, as a married couple, they are counting more years together and sharing as many kisses as they want (no dare needed!).