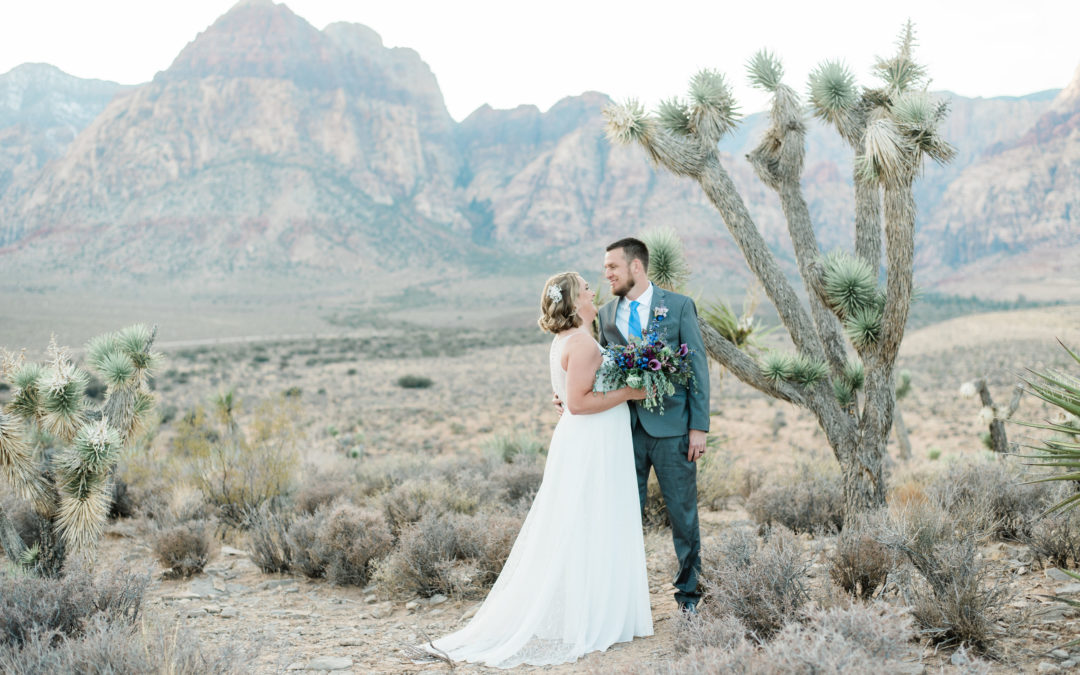 A Wedding at Overlook

Love after a Loss

Losing someone dear is truly a tragedy, but the people who love and support us give us hope that things will eventually get better.

Crystal lost her husband, and Ben lost his friend, but this loss brought the two together and developed much deeper feelings between them. They supported each other in this time of grieving, and this friendship eventually blossomed into romance. The time they spent together made them see how well their personalities matched.

The couple loves hanging out at the race track, and so after two years of being together, Ben popped the question in one of his out-of-town dirt track races. He walked Crystal to the victory lane and got down on one knee.

Ben and Crystal wanted their wedding day to be an experience closely shared by the two of them. Cactus Collective Weddings assisted the bride and groom in making their intimate wedding plans happen. With the breathtaking sunset and the majestic mountains of the Red Rock Canyon as their backdrop, Ben and Crystal said their I dos.

The vast landscape echoed the calmness and affection that the couple shared as they exchanged vows.  Crystal looked dazzling in her long white dress and Ben looked charming in his crisp grey suit. The blue and purple accents of their accessories added just the right amount of color to the scene.

Ben and Crystal may have been brought together by a difficult time, but the support they gave each other and sticking around especially when the times got tough strengthened their relationship. And now, as a married couple, they can both look forward to a happy and fulfilling life together.