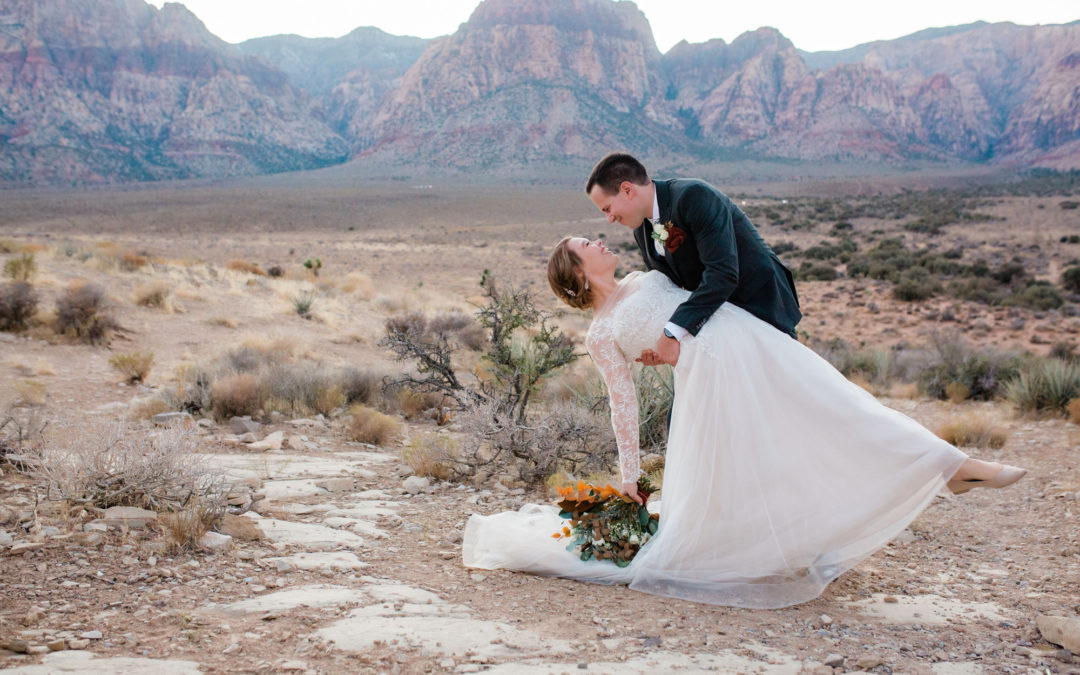 Back in Vegas for Their I Dos

It is often believed that fate makes a way for us to cross paths with the person we’re meant to be with, but sometimes, some extra nudge is needed for the meeting to actually happen. In the case of sweethearts Amber and Justin, they have been living 30 minutes apart in Las Vegas, but it took the intervention of a mutual friend for them to finally meet.

Justin and Amber were introduced by a common friend while they were in college. Their first date was marked by an episode of food poisoning, but this did not stop them from connecting until they finally got together as a romantic couple. Still, the early years of their relationship were shared over a long distance, as they separately explored career paths.

They eventually settled in Florida and Justin popped the big question a couple of years later. During their trip to the romantic city of Paris for Amber’s birthday, Justin got down on one knee. Under the Parisian sky and with the Eiffel Tower as their witness, the couple was engaged to be married.

The couple had plans for their big day, but the pandemic got in the way, and so they have decided that this is actually a good chance to celebrate their union where it all began—Las Vegas.

They exchanged vows in the beautiful Red Rock Canyon in the presence of their loved ones and close friends. Amber looked stunning in her ivory dress and Justin charming in his charcoal grey suit. Their earth tone accents complemented the landscape, and the music made the moment more touching. Destiny drops chances for people to bump into one another, but the choice whom to keep is totally up to us. For Justin and Amber, their fate to be together is already sealed by their I dos.